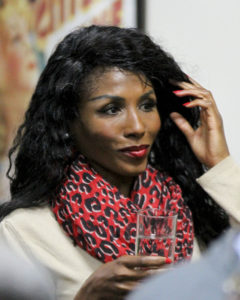 American-born British singer, songwriter, television personality, dancer, actress and record producer. She initially found commercial success in the mid-1980s with the single “So Macho” and had several other hits during the decade. In the 2000s, she became known for television appearances, including Loose Women, The Xtra Factor and This Morning. She took part in the ITV show I’m a Celebrity…Get Me Out of Here! in 2011. Her net worth in 2016 was estimated to be £7 million.

Sinitta’s mother is Miquel Brown, who was a popular American disco-soul singer in the 1970s and 1980s and a member of the cast of the musical Hair which she later directed.

Also celebrating a birthday today is Keith Reid, Procol Harum, 1967 UK No.1 & US No.5 single ‘A Whiter Shade Of Pale’ (one of the few singles to have sold over 10 million copies)