Written by LBRadio on 15th November 2020

This week we say Happy Birthday to Petula Clark 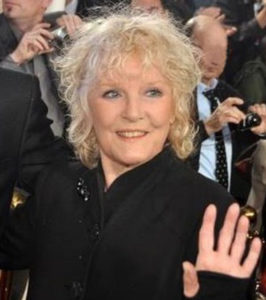 Petula Clark, CBE (born Sally Olwen Clark; 15 November 1932 in Epsom, Surrey) is a singer, actress and composer whose career spans eight, yes eight decades! No wonder she has been on Desert Island Discs three times! Her professional career began during World War II when, as a child she entertained the troops, both on the radio and in concert on BBC Radio. In 1954 she charted with “The Little Shoemaker”—the first of her big UK hits

Petula recorded “Downtown” in 1964. Although it was kept off the top spot by the Beatles in the UK. Downtown got a Grammy for Best Rock and Roll Recording, beating the Beatles, and narrowly missing Record of the Year (awarded to Herb Alpert for A Taste of Honey) and Best New Artist of the Year, (won by the Beatles.)

Petula became the first British female to sell a million copies in the USA, the first Female Brit to win two Grammys with Downtown and I Know a Place and to top the American charts twice with Downtown and My Love. Petula has had 15 Top 40 hits in the USA. In 2003 “Downtown was inducted into the Grammy Hall of fame. In her career, Petula has charted with over 150 songs in various languages and countries from around the world. Rumour has it she does not celebrate birthdays!